Where is My Son Sanctuary?

My Son Sanctuary is a complex consisting of many ancient Cham Pa temples located in the heart of a 2 square km valley, surrounded by hills and mountains. The sanctuary is always considered as one of the most culturally, historically significant temple centers in Vietnam in particular and in Southeast Asia in general. In 1999, My Son Sanctuary was recognized as a World Heritage Site by UNESCO and listed as one of the 23 national monuments of special conservation for its long-lasting values. It is considered to be one of the best examples of Hindu architecture in Southeast Asia.

Where is My Son Sanctuary?

My Son Sanctuary is a relic located in Duy Phu commune, Duy Xuyen district, Quang Nam province. It is about 70 km southwest of Danang city center, 20 km from Tra Kieu and 45 km west of Hoi An ancient town.

Why is My Son Sanctuary worth visiting?- Things you need to know

My Son used to be a place of worshiping ceremonies of the ancient Champa dynasty residents as well as the tomb area of the emperors and the royal families. The relic dates back to around the 4th century. At that time, King Bhadresvara decided to build a temple for worshiping King Bhadravarman – the first king of the Amaravati region back then. He as a king, belonging to royalty, was assimilated to God Siva, then started the tradition of worshiping ever since. Whenever a king ascended to the throne, he would come here to My Son for practicing worshiping rituals. It is one of the major Hindu temple complexes was recognized by UNESCO as a World Cultural Heritage in 1999.

General information about My Son sanctuary- Things you need to know

Facts about My Son sanctuary- Things you need to know

All symbols on reliefs, tiles depicted on temple walls or any ornamental things in the sanctuary are Linga, Yoni or human form of Shiva god that Cham people respected and showed their absolute devotion to according to Hinduism.

The first wooden temple in My Son was built in the 4th century. Due to a tragically terrible flame that swallowed all the great wooden architecture, the later Champa kings decided to build the complex using red bricks – a firmer, more long-lasting material that is impossible to be burned down on any purpose. 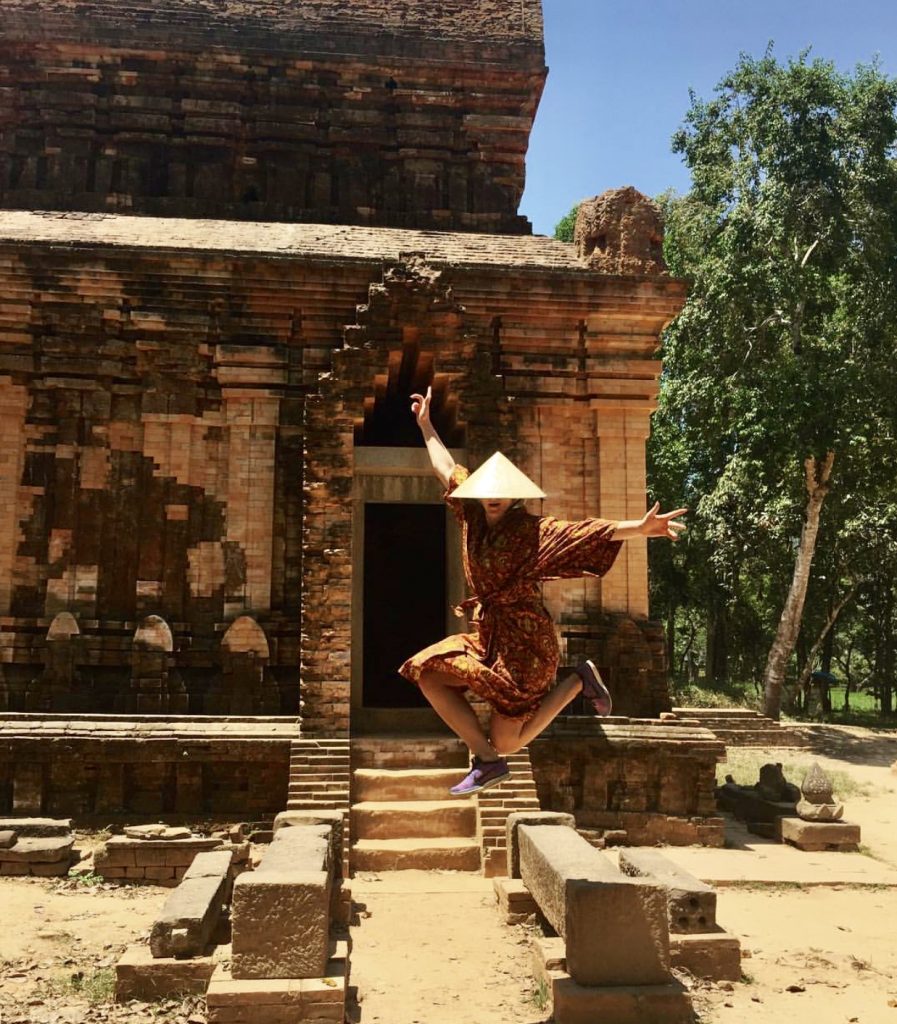 In general, My Son temples are very simply-designed with thicker roofs and thinner foundation at the bottom. As there are no windows inside the worship space, the interior looks quite dark if people do not burn any incense or candles. Actually it is a purposeful design with since that darkness does create a sacred mysterious ambiance for shamans to be able to communicate with the deities inside the temples.

How the red bricks that built up all those temples could stick together so firmly for centuries without any mortar in between them as the least connection is still a mystery that most of us find so curious about. And now, moss-covered all over that special structure that creates such an enchanting nostalgic ambiance.

Another point that amazes us the most is that you can hardly tell the difference between the new red bricks from the renovation and the centuries-old ones. The fact that despite their age, the old bricks remain the same color as their original state while those new ones already began to change their color is a true proof of Cham potters’ brilliant brick burning skills.

Due to many historical and geographical reasons, the temple complex could not remain its original condition. Bombing during the wartime had destroyed almost 80 percent of the area, leading to the existence of only 17 structures out of the original 71 though the place has been constantly going under professional conservation work by groups of Vietnamese and international experts since 1975. Plus, intense heat, high humidity, annual floods from the nearby river together with some other severe weather patterns of Central Viet Nam make it more difficult for preservation activities at the site.

Only on-site visit can give you the most real experience of this sanctuary – one of the best example of Hindu architecture in Southeast Asia, to witness how brilliantly such a worshiping complex was built using the most mysterious yet cleverest techniques of a glorious kingdom in the past.

In 1999, My Son Sanctuary was recognized as a World Heritage Site by UNESCO and listed as one of the 23 national monuments of special conservation for its long-lasting values. It is considered to be one of the best examples of Hindu architecture in Southeast Asia.

Travel Tips to My Son Sanctuary- Things you need to know 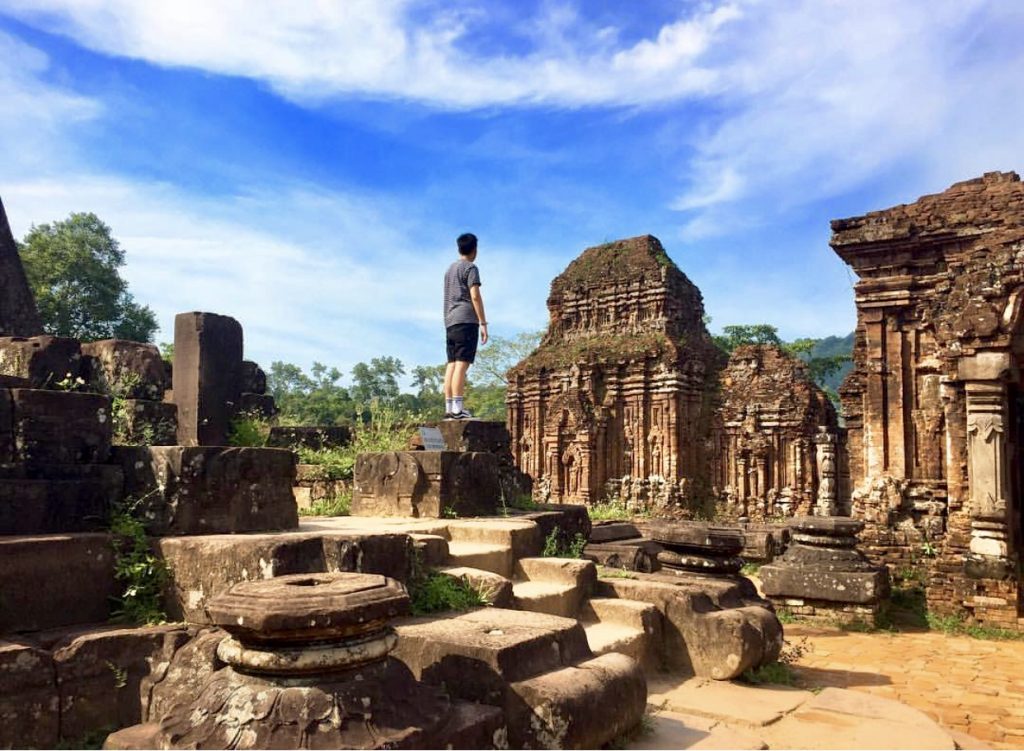